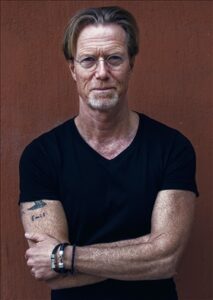 “During the work with Box 21 the general opinion was that apartment brothels did not exist in Sweden, but at the same time as we published the book the first apartment brothels were revealed. At that time I was asked by the Swedish government to inform about the presence of brothels.
And now, 15 years later,  I continue on the same theme, but also about the organ trade that often takes place within the same networks.”

Listen to the clip here.