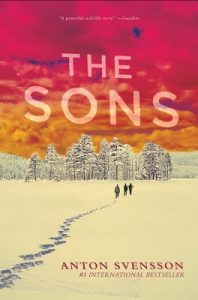 Roslund & Thunberg’s Made in Sweden, part II is reviewed in Publishers Weekly:

“Actual bank robberies, the planned bombing of Stockholm’s Central Station, and the largest weapons theft in northern Europe’s history inspired the events in this superb finale of the Dostoyevskian saga that began with 2016’s The Father … Seldom in fiction have a father’s sins been so brutally visited on sons as in this shattering tribute to the terrifying complexity of familial life and love.”